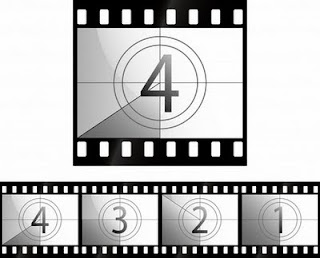 Just as I discovered when I first tried out the Primal Blueprint back in 2008, it is sort of amazing how quickly the body returns to processing the way it should be.  Only about three weeks into this Whole30 effort, I'm feeling fine and not feeling any real cravings that aren't habit-based (as opposed to nutrition-based).
I make that distinction because I do have cravings that are habit based. I used to have coffee with heavy whipping cream every morning before this Whole30, and I'd been craving that pretty heavily as I started my work day.  I no longer have that dairy craving - even though it was basically healthy, this is the first time I've ever actively cut dairy out of my diet and I'll be interested to see what happens on May 22 when I add it back in. I haven't given up coffee, I've been having bulletproof coffee with ghee or coconut oil at home and I've been taking it black at work when I've wanted it (and even that has gone down quite a bit over these past weeks).  The only reason I haven't done bulletproof coffee at work is that I don't have a Silver Bullet or immersion blender to make it with - and I'm really not into having an oil slick at the top of my coffee cup.  In any event, dairy will be my first trial of a re-introduction.
I also had some sugar cravings - I'd frequently do a Lara Bar or even a Hershey bar with Almonds (almonds were my pathetic justification for it!) after lunch.  Those cravings have pretty much gone away.  I'll give high-percentage dark chocolate a try again once this is over - I love chocolate, as I mentioned a while back, and of course the real problem with that is the sugar (and the dairy, but as I indicated above we'll see how it works).  Mostly those cravings were behavior-specific as well - mostly an after-lunch treat.  And I can't eat too much of that stuff because I get a headache from it.  A couple squares of it is all I can handle.
It's interesting trying something like this and figuring out the difference between a nutritional craving and a habitual craving.  There really is a big difference between them - the nutritional ones just stay on you all day, but the habitual ones hit you at certain times of the day.  Your body is expecting that input at a certain time, because your habits are telling it that the input is coming!  And identifying that is all just having proper mindfulness about things.
The other big thing that's come out of all this is that I'm doing much better in preparing for meals - as was one of my goals when I set out on this.  Not relying on cheap, quick foods or prepared foods from the grocery has been a big plus.  My vegetable intake has gone up, which is a bonus as well.  And I've saved quite a bit of money simply by not being out and about at stores or restaurants during lunch.
So with four days left, I'm sort of feeling like the Whole30 experience is more just winding down, instead of building up to a big end where I can get back to what I was doing before.  Which is the best result, I think.  To do otherwise is basically the antithesis of what Paleo is all about.  This isn't a diet, where we stop eating like crap for a month and then go back to what we were doing when the weight falls off.  It's about changing your life, pushing the "reset" button and getting things back to the way we should be.  And in that regard, it's been fantastic.  I'm glad to be feeling the attitude toward this that I am.
On May 22nd, my Whole30 will be over.  And honestly, I don't feel like I could care less whether it is or not.
That's success.