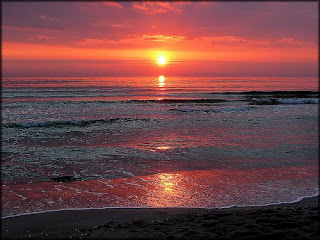 I'm asking myself a very interesting question today that was sparked by a Twitter trending topic today:  #WhyDoIAlways.  People are using this topic to examine their lives to find habits that they have which have affected them either negatively or positively - but mostly negatively.
Here are a couple of examples:

It's interesting, isn't it? I think every one of us could come up with a couple (dozen?) of these for ourselves. For me, one might be "#WhyDoIAlways find myself doing things at the last minute?"  or "#WhyDoIAlways allow myself to make the first exception when I'm trying to make changes in my life?"

But...I'm curious about this trending topic from another standpoint as well:  why was it created?  Because I believe there are two types of possible reasons that people are posting this stuff:

I'd imagine that most people fall into that first grouping. I know I've been guilty of such stuff in the past (even the not-so-recent past) - I want to throw out my bad habits in an effort to feel better about them and realize that I'm not the only one who does.

But if used as a public "Step 1: identify and admit the problem" type action, this could be a really powerful tool for personal change.  Because there are few ways better to start to fix a problem than to identify it and state it publicly.

I'm reminded of the movie Crocodile Dundee where Dundee is describing how people dealt with personal problems in the outback, and I paraphrase:  "we just tell Wally.  Then Wally tells someone, they tell someone, and pretty soon, no more problem."  It's silly, and meant for laughs, but like many such humorous snippets there's a real grain of truth to it.

So maybe that's another part of what's going on here.  If this "#WhyDoIAlways" post is created with the right intent, and read by the right people, the writers may get some action taken on solving the problem and getting over the bad habit.  It could be as simple as an inward "wow, I do this and I'm admitting it."  But like we said, that can be the first step to improvement on a much larger scale!

What sorts of "#WhyDoIAlways" posts could you make, and how could you start to fix them?